We recently completed a unique scanning project for a local resident. The project was to scan three diaries from of a trip to England in 1928. For some traditional projects we can remove the spine and use a high-speed scanner. The diaries, which are over 86 years old, needed to be handled very carefully. For this project we used our nondestructive scanner to produce the images that were then converted into PDF format.

The Story Behind the Project

The diaries belonged to the client’s father, Loyal R. Johnson, who set out in 1928  on his bicycle to tour the gardens of England, Scotland and Wales.

The purpose of his journey was to gather information and material towards his Masters Degree in Landscape Architecture from the University of Massachusetts.

Johnson left Boston, Massachusetts on June 10 aboard the Cunard Liner R.M.S. Laconia. Arriving in Liverpool England on June 18. Years later, this was the same ship that was sunk during World War II in an incident described as the Laconia Incident.

Between June 18 and September 8, 1928, Johnson visited and took photos and made detailed notes in his diaries of the 69 different gardens he visited during that time. During his trip, he logged over 1,528 miles. That’s quite an impressive feat on a single-speed English bicycle. He also travelled many additional miles transporting himself and his bicycle on board many trains.

Johnson wrapped up his visit on September 8, departing from Southampton England aboard the R.M.S. Berengaria.

Upon his return to the United States he chose not to complete his Masters Degree and began his career the following year working with the Long Island and New York Departments of Parks. 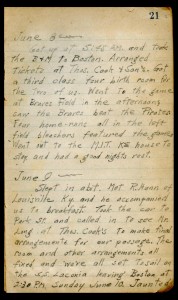 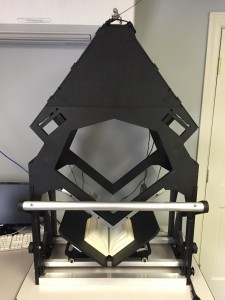